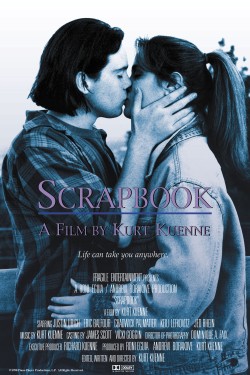 Presently out of print.
This page will be updated when it becomes available.

“Director Kuenne’s expert handling of the story’s emotional tone is like that of a seasoned veteran director, rather than the first-time filmmaker he is.  This is an accomplished first feature by a filmmaker with a long and fruitful career ahead of him.” – Cinequest

“Rebel Without a Cause for the 90s…an absorbing coming of age tale.”
– Palm Springs International Film Festival

“Scrapbook” (aka “The Piano Player”) is the story of a high school sophomore desperately searching for a meaningful connection with another human being;  the efforts of his popular older brother to help him out only end up making things worse, leading to a cold war between the brothers that spirals out of control when our hero falls in with the wrong crowd.

A coming of age tale populated with memorable characters that takes many unpredictable twists and turns, “Scrapbook” celebrates youth in its complex blend of joy and agony — and mourns the tragic mistakes that reverberate into adulthood.