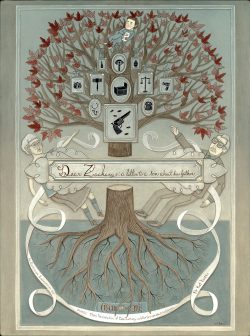 Dear Zachary: A Letter To A Son About His Father

Available on Blu-ray, DVD, and Digital

Bonus features include the film’s epilogue and numerous deleted sequences, along with all the 16mm raw footage shot of Zachary, and uncut footage of Dr. Andrew Bagby’s “Best Man Speech” and “Fire Story”.

“DEAR ZACHARY is one of the best documentaries you will see and it may actually be the best that I’ve EVER seen.”
– Erik Childress, VP, Chicago Film Critics Association

“A true-crime story so gripping, devastating and ultimately unforgettable that it easily trumps any thriller Hollywood has to offer this year.”
– The Village Voice

“One of the best documentaries I have ever watched in my entire life…a film that will rock you to your core.” – Erik Davis, Cinematical

On November 5, 2001, Dr. Andrew Bagby was murdered in a parking lot in western Pennsylvania.  The prime suspect, his ex-girlfriend, Dr. Shirley Turner, promptly fled the United States for St. John’s, Newfoundland, Canada, where she announced that she was pregnant with Andrew’s child.  She named the little boy Zachary.

Filmmaker Kurt Kuenne, Andrew’s old friend, began making this film for little Zachary as a way for him to get to know the father he’d never meet.  But when Shirley Turner was released on bail in Canada and was given custody of Zachary while awaiting extradition to the U.S., the film’s focus shifted to Zachary’s grandparents, David and Kathleen Bagby, and their desperate efforts to win custody of the boy from the woman they knew had murdered their only son.

This short documentary by Kurt Kuenne, released in 2013, tells the story of how DEAR ZACHARY played a role in amending the Canadian Criminal Code on December 15, 2010. Do not watch until you have seen DEAR ZACHARY.